It has been a very rough season. Started off awfully and kept it just as bad. It has taken way to many games to try and find the harmony I had last season but it seems like it has arrived. A few wins in a row has pushed us a bit away from the relegation fight and even a mid-table position can be possible to achieve. But with a tiny transfer budget of 1.8 million quid and a few new player that can barely speak english didn’t make things easy 🙂 I’m actually almost running the same team as last season and doing better than with the ones I bought in. Oliver Ouefio has been the best purchase so far since he came as a free agent and now all the big clubs are after him.

And here are just a few of the clubs that whish to purchase him.

Here’s the graph of how the season has been. Not the most glamorous but atleast we’re above the surface. 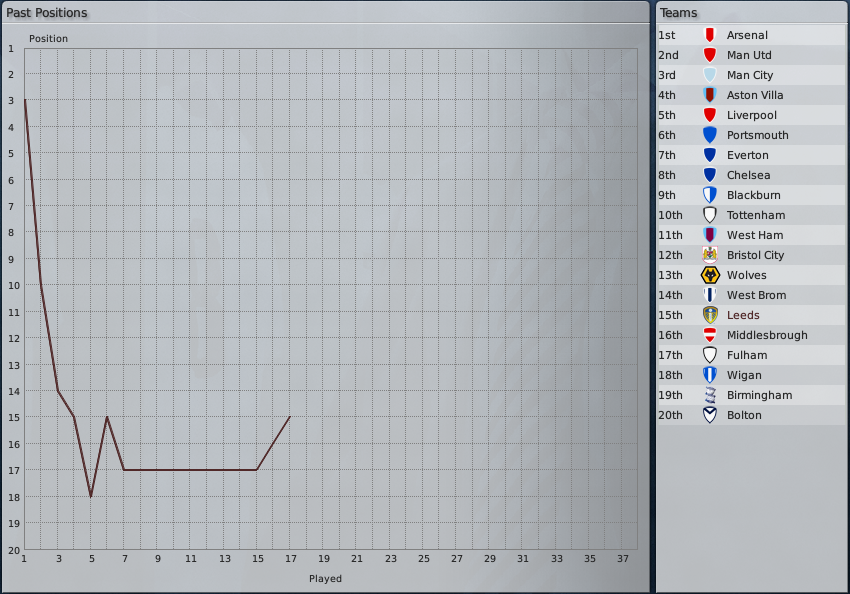 And here’s the table. 9 points in the safe zone but a mid-table position would be really great. Maybe next season I’ll get a bit more transfer cash since we’ve been gone positive every month with huge profits. 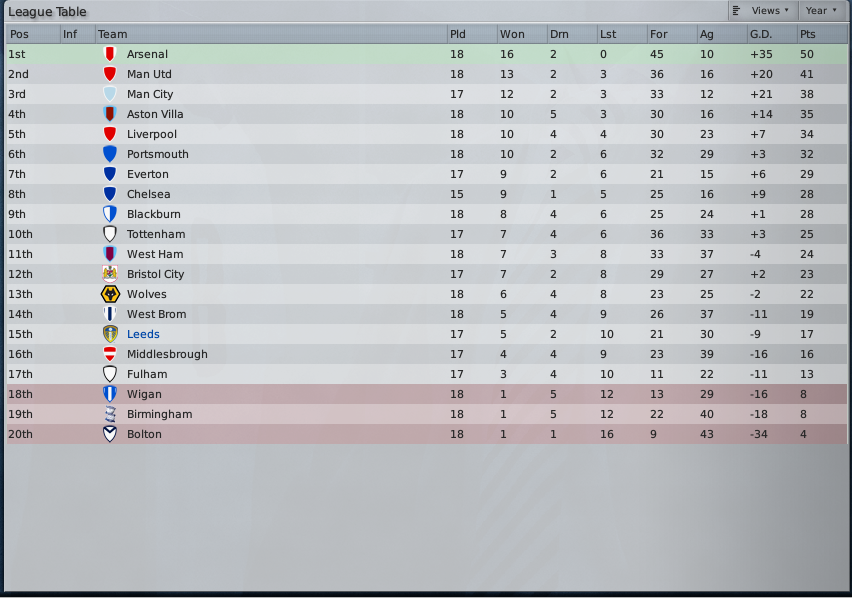 Transfer window is now open and I’m just hoping I can keep my keyplayers.